The Year Without Dogs 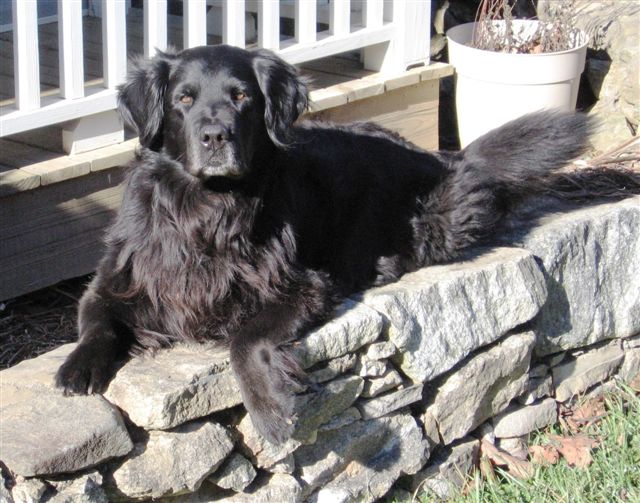 Jim and I have spent most of our marriage in the company of three dogs. Today marks the anniversary of the death of the last of those three. My Sammy. This is a difficult day and a liberating day at the same time. Difficult because the memories are still strong and the grief is still close to the surface. Liberating because it’s been a year and healing is inevitable. It’s time to acknowledge the grief, to remember the joy and to look ahead.
Maybe there will be another dog one day. I don’t know. I am certain that there will never be another dog like any of our three. They can’t be replaced, but maybe one day we’ll join another dog to their memories.
Crockett – A big, gangly golden retriever who never got over being a puppy. My husband’s dog and they both knew it. Excellent communicator. We often thought he was on the verge of speech. Age 13.
Precious – Crockett’s mother. Collector of tennis balls and fan of the little pools that splashed and ran through the creeks around here. We called them Precious’ jacuzzis. The most tolerant dog I’ve ever known. Almost 16.
Sam – My baby. We called him our “love sponge.” But as much as he loved attention, he was his own dog. Preferred to be outside most of the time and as much as he liked being with me, he also liked everyone he met. Marker of territory, sniffer of anything and everything. Turtle retriever. Mighty ditch jumper in his younger days. Nearly 15 years old.
We miss our dogs. We give thanks for having known them as long as we did.
Genesis 1:24-25 – And God said, “Let the land produce living creatures according to their kinds: the livestock, the creatures that move along the ground, and the wild animals, each according to its kind.” And it was so. God made the wild animals according to their kinds, the livestock according to their kinds, and all the creatures that move along the ground according to their kinds. And God saw that it was good.