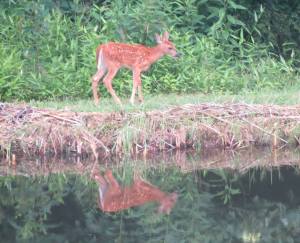 Tomorrow, the e-version of Miracle in a Dry Season will release. By the following Tuesday, the print version should be available just about everywhere books are sold.

This is both wonderful and terrifying. I’ve already seen a handful of reviews from early readers that have been very gratifying. It’s SO satisfying to hear readers talk about the very themes I hoped were somewhere on those pages between the pretty covers. Because in story telling, there comes a point when I’ve written, edited, re-edited, and combed through those words to the point that I’m not sure what’s in there anymore.

Which is where I am with the sequel–Until the Harvest. I’ve written it, completed the major edits, and now it’s time to send it back to my editor for another thorough going over. And I don’t want to let go of it.

I keep wondering if this story communicates what I hope it does. Did I get the message in there? If a reader loved Casewell, will she also love Henry? What about Margaret? She’s nothing like Perla. Having gotten some feedback on book #1, I now have an idea about what’s appealing to readers. Do I still have that in book #2?

I had not anticipated these doubts. It makes me really, really glad that I’ve already written Until the Harvest. If I were just jumping in now, I’d be much too heavily influenced by what I think readers want instead of what God has called me to write.

And there’s the hard part. It’s not about me. I’ve grown the best book I can from the seed God planted in my heart the day Henry and Margaret’s story began forming in my mind. I’ve nurtured and watered and pruned (oh, how I’ve pruned!). And those glorious lines that might capture people’s hearts? If there are any, they’re the ones God whispered in my ear. At this point, trying to come up with anything else on my own would be foolish.

So, as Miracle in a Dry Season goes out into the world to do whatever God plans to do with it, I’ll pry my fingers off the digital pages of Until the Harvest and hit send. I’d say I’m giving it to God except that it’s always been His. He’s just been letting me hold it for a while. And that is more than good enough for me.